Here are two interesting camera trap videos, one from my yard and one from Arizona’s Sky Islands. The first video shows an alarmed Western screech owl in a birdbath during the day. She was trying to escape the 107 degree temps and her nestbox was too hot. I think a Cooper’s hawk landed on the fence near the birdbath.

In this second video, a black bear cub has a swim with her mom then takes an interest in my camera trap: 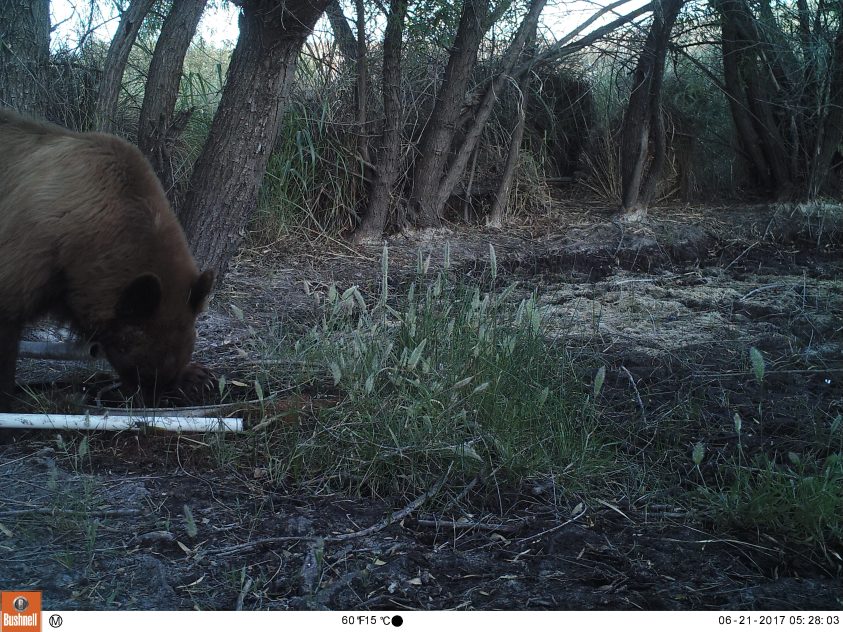